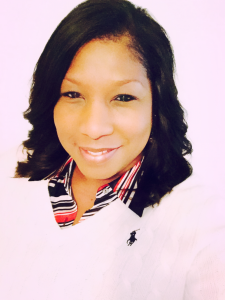 Jackie Cummings Koski grew up in a large family in Aiken, South Carolina, the second youngest of six children. She had a very modest upbringing where money was always tight and finances were always taboo to talk about. Determined not to repeat the shortcomings she witnessed in her childhood, Jackie wanted to further her education and attended Augusta State University in Augusta, Georgia. In high school, she discovered a passion for writing and believed going to college would help refine that talent and give her a better chance to succeed in life. Working full-time to support herself and pay her tuition, she graduated with a bachelor of arts degree in communications and embarked on her career and road to a better life.

About two years after marriage, Jackie became the proud mother of a little girl, Amber. Through her journey of being a busy, working mom and wife, Jackie discovered a

curiosity for personal finance issues like credit, saving, investing, and other money matters important to her and other consumers. When Amber was about nine, Jackie divorced from her husband of eleven years. Now a single mother, she was challenged to put all her money wisdom into practice. She proved to do extremely well in managing her finances, providing a comfortable middle-class lifestyle for her and Amber, quite a contrast from her own childhood.

Years later, her interest in finances and the stock market led her to join an investment club in Cincinnati, Ohio, supported by BetterInvesting, the world’s largest nonprofit organization dedicated to investor education. She now serves as president of the Cincinnati Model Investment Club, as well as serving on the BetterInvesting Regional Board of Directors. By the time Amber became a teenager, Jackie was glad to pass on her knowledge and wisdom about money matters to her daughter and those of her generation.Most people, just like Jackie, did not grow up with positive financial role models in their lives and were never adequately educated about money–not at home, not in school, and not even in college. Jackie is determined to help raise America’s financial IQ through education and financial literacy, which she believes is grossly lacking in schools, government, and other agencies designed to serve the public.

Through her new book, Money Letters 2 my Daughter, she shares her self-taught wisdom through a series of letters to her daughter about all things dealing with money and personal finances. The book delivers easy-to-understand advice and guidance on some of the most important financial issues facing consumers today.

1 thought on “About the Author”