My home town is Aiken, South Carolina, a small city on the western border of the state.  I actually resided in a tiny, tiny community called, “Petticoat Junction”.  Now, I don’t know if  it’s a place that is actually on the map, but that is what my little area was referred to growing up.

Aiken is only minutes from Augusta, Georgia, which is the second largest metro area in the state, second to Atlanta.  The area is referred to as the CSRA (Central Savannah River Area).  It is a warm, beautiful

place with azaleas that come into full bloom in early  April and paint the region pink.  What I miss most about the south is juicy peaches, boiled peanuts, and Carolina Bar-B-Que in New Ellenton.

I graduated in 1988 from Silver Bluff High School where I

was in the French Club, on the Yearbook Staff, on Student Council, a Senior Class Officer and President of our school’s chapter of FBLA (Future Business Leaders

of America).  My favorite field trip while in high school was when we went to the historical city of Charleston; and to this day, that is still one of my favorite places to visit. I worked as a waitress at Shoney’s in Aiken while I was in high school, and then at Wal-Mart on Whisky Rd.

After I graduated from Silver Bluff, I went to Augusta State University (now called Georgia 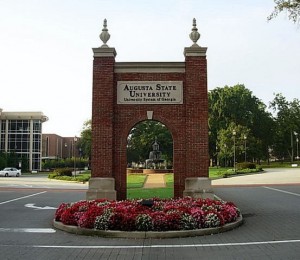 Regents University).  It was four tough years, but in 1992, I graduated with a BA Degree in Communications.  Thanks to my brother, Charles, I didn’t have to actually move to Augusta…I just lived with him in New Ellenton most of the time.  It was about a 20-minute drive to school.  The one year that I did move to Augusta, I lived at the College Station, which was “dorm-type” housing for all the area Colleges and Universities.  We each had our own bedroom, but had to share a common area, which held a lot of adventures of it’s own.

I had to work to pay for college, so I always had at least one job, and at times 2 or more.  Here is just a partial list:

I was also lucky enough to get a spot on the Cross Country team and earned a partial Scholarship. 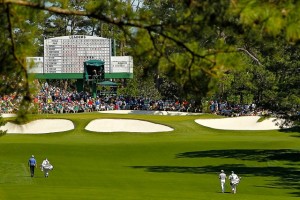 Augusta is best known for The Masters Golf Tournament at the Augusta National Golf Course.  The Masters is the most prestigious golf tournament in the world…and boy did we locals know it!  The city pretty much shut down and traffic was always dreadful.  Limo’s were all over the place, the hotels were all booked up and restaurants were packed.  After the tournament was over and the green

jacket had been dawned on the winner, it was a tradition to watch all the private jets fly out, one after the other like shooting stars at the Daniel Field Airport.  I guess we country folks are easily amused.  And I would be remiss if I didn’t mention that Augusta is also known for being the home of the Godfather of Soul…James Brown!